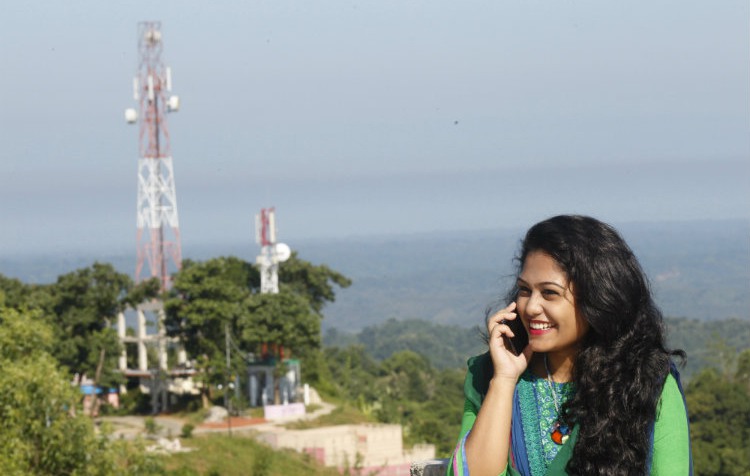 Mobile phones are an integral part of our daily life. We are living in the ocean of unseen waves. Cell phones need tower known as Base Transceiver Stations or BTS to operate. Both mobile phones and mobile tower radiation is a public health hazard. Electromagnetic radiation is a possible cause of cancer. Even you are probably reading this post on your mobile. We can not think of a day without mobile phones. But we need to keep in mind the potential health effects. Educated use of mobile phones may reduce possible health hazards. 5G is the latest technology with fear of more radiation problem. 5g radiation dangers are still not concluded. Although the level of radiation exposure from 5G antennas will be lower and 5G technology requires a lot of new base stations.

What is Electromagnetic Radiation

The energy that spreads through space or through various types of matters emitted by a radiating source is known as electromagnetic radiation. There are two types of EM Radiation, ionizing and non-ionizing radiation. Ionizing radiation is harmful to our health such as UV rays, Xray, Gamma rays etc. These are high-frequency radiation.

The human body absorbs energy from devices that emit electromagnetic radiation. It is measured as watts/kg of body weight. The BTS and mobile phones emit radiation which is absorbed by our body. Staying near the source of radiation causes more absorption. The mobile phone transmits power when it turned on. The radiation exposure falls off rapidly with increasing distance from the handset. A person using the mobile phone 30-40cm away from their body have much lower exposure than someone holding the phone against their head.

The Lower the SAR level, the safer it is. SAR check must be printed on the handset box. Still, SAR ratings is not probably a good way to determine safety. Because it’s not updated. SAR standards are only designed to protect users from the dangers of the heat generated by microwave radiation. These standards do not account for the non-ionizing radiation that we now know is harmful, especially via long-term exposure. We must try to reduce the exposure to radiation.

Living near the BTS is dangerous. Symptoms such as fatigue, headache, sleep disturbance and loss of memory are reported in people living within 300 meters of a cell tower in a rural area or within 100 meters in urban areas.

Extremely long mobile conversations can be harmful cause cell damage.

WHO has classified radiation fields as possibly carcinogenic to humans, Group 2B that means the causal association is considered credible but chance, bias, confounding cannot be ruled out with reasonable confidence.

How to Reduce Radiation exposure

3 thoughts on “Cell Phone and Mobile Tower Radiation: How to Stay Safe”