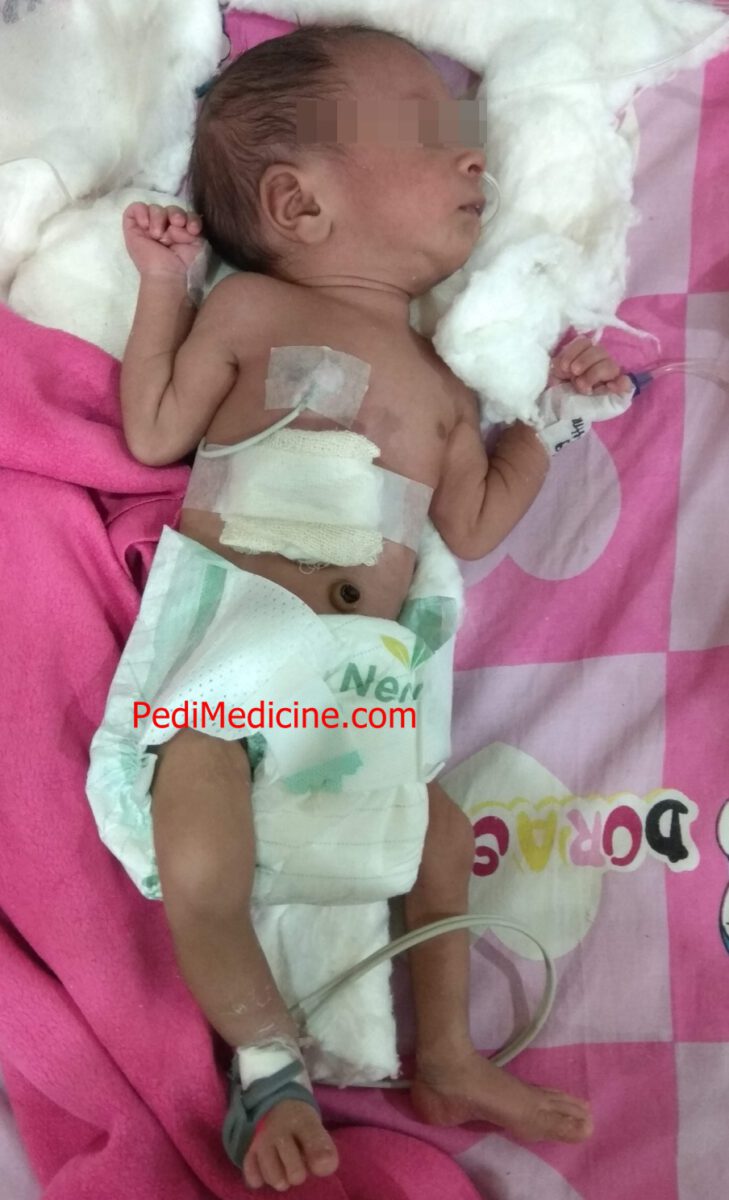 Mother Mrs. M, 36 years old elderly primigravidae blood group AB positive having a history of IVF and subfertility. She was taking Tab. Thyroxin for hypothyroidism. She was under regular antenatal checkup and her pregnancy period was uneventful till now.

On Admission the baby was ill-looking, dyspneic, cyanosed and having poor reflex activity. Regarding vital signs, Heart rate 136 /min, respiratory rate 48/min, temp normal with the cold periphery. Air entry on both lung field was moderate. Heart sound was found normal. Fontanelle was open and at the level. Umbilicus was healthy. 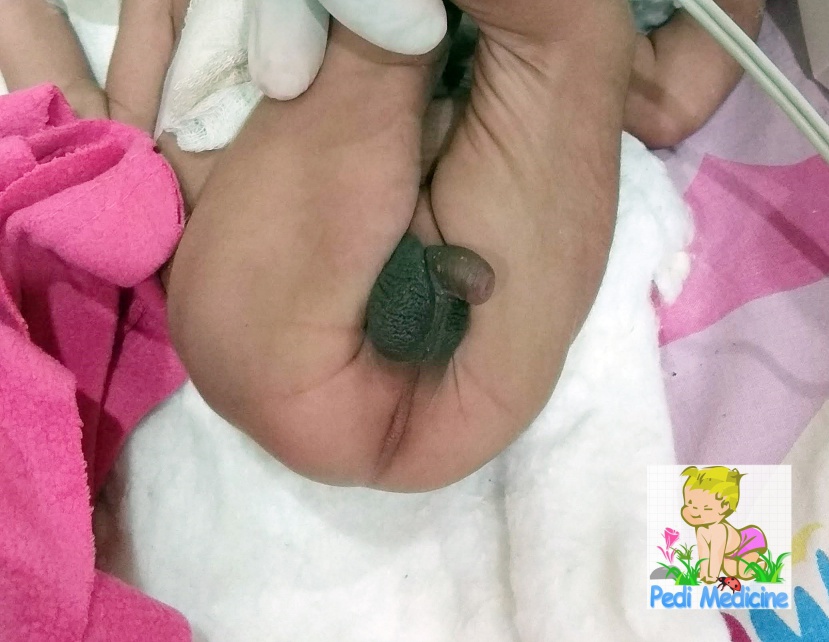 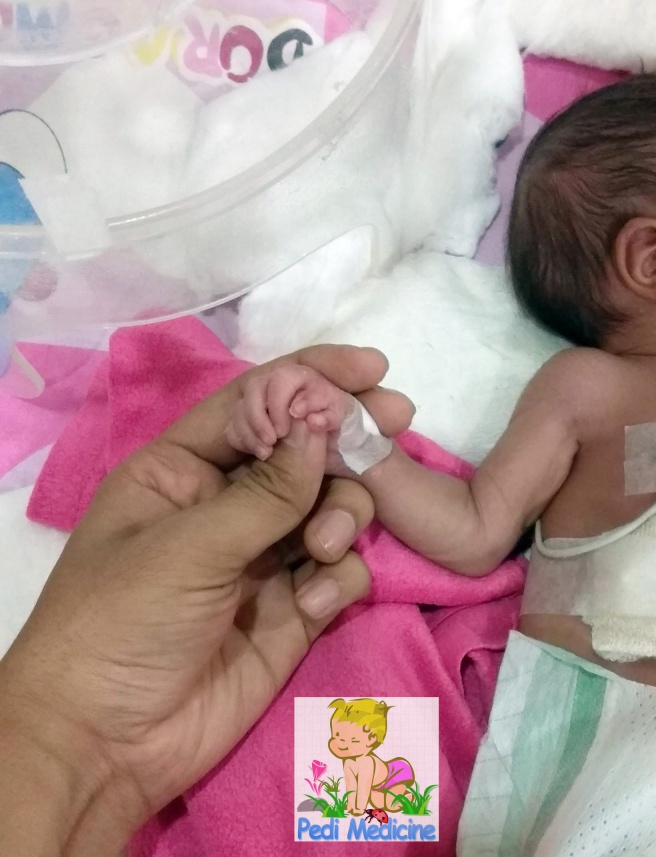 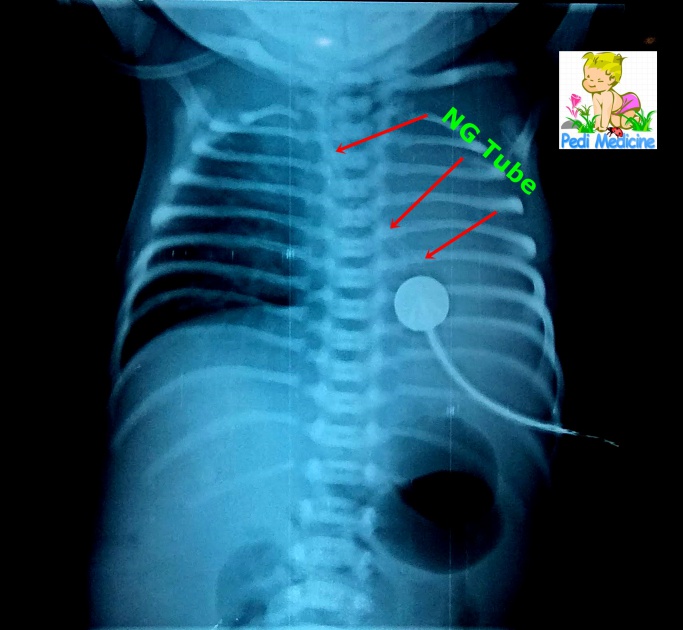 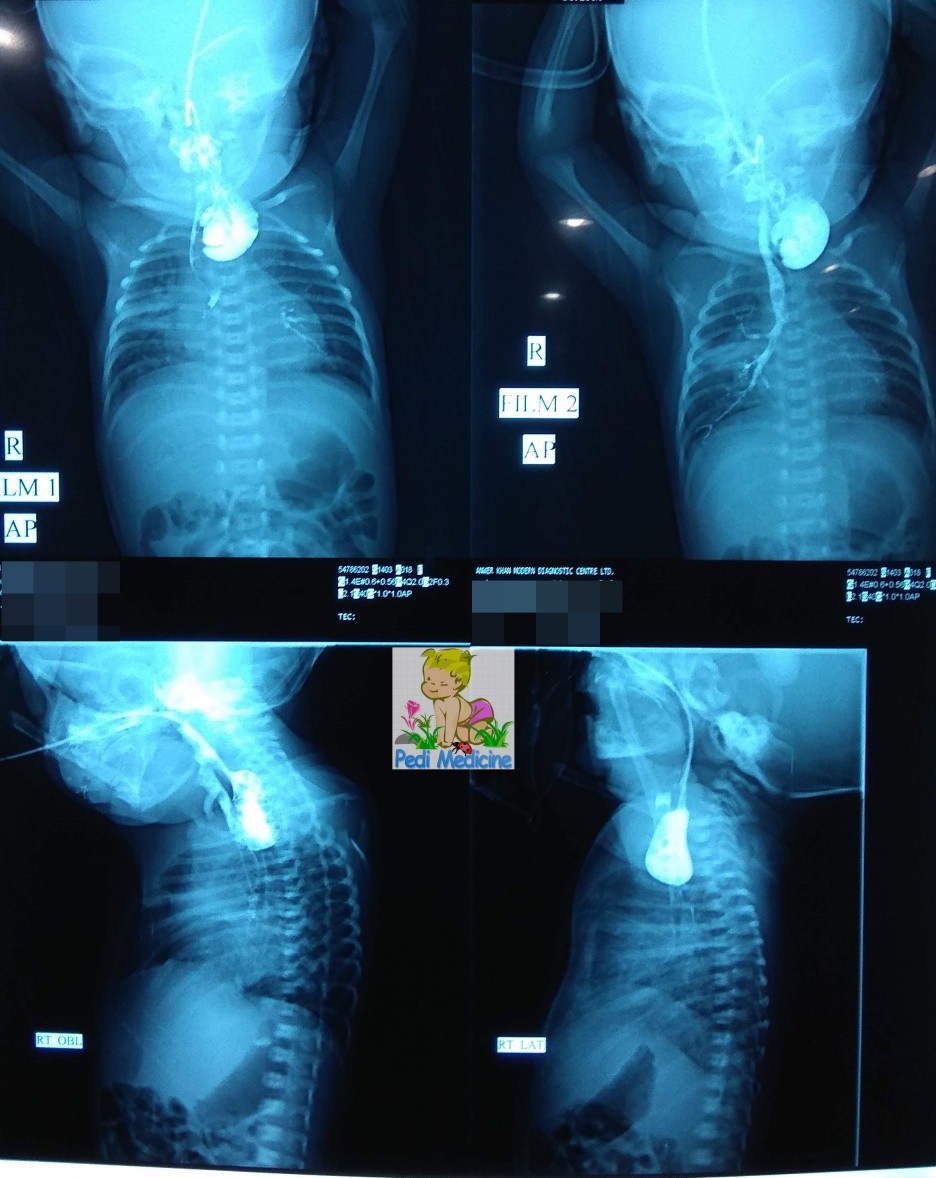 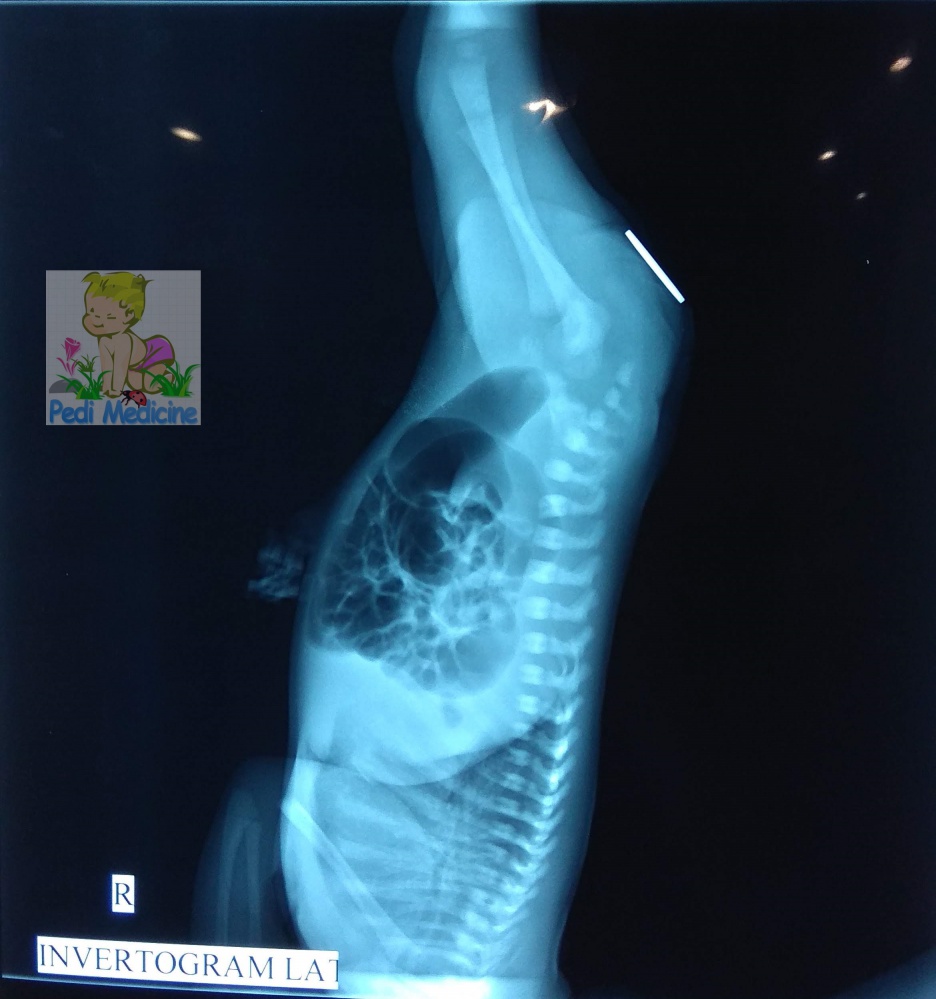 Other hematological investigation reports were insignificant. 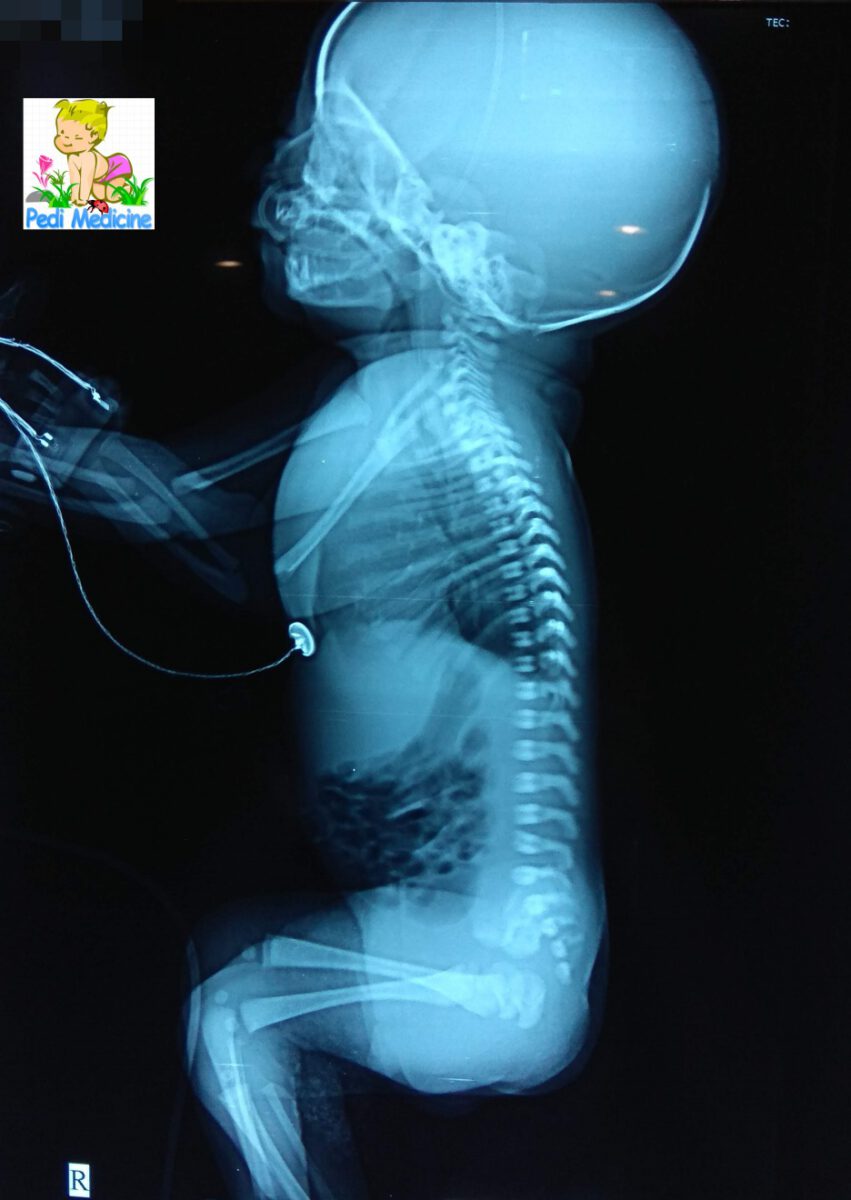 The baby has managed accordingly with Oxygen inhalation, IV fluid, broad-spectrum antibiotics, and other supportive measurements. The pediatric surgeon visited the baby later and advised on thorough investigations and suggested surgical intervention. Right transverse colostomy was done at 3rd days of age and the baby was put under mechanical ventilation for 2 days. Contrast Xray esophagogram revealed esophageal atresia with tracheoesophageal fistula. The spinal cord was intact. There was no congenital diaphragmatic hernia. The baby was shifted to a Govt Hospital for further treatment upon request of the concerned parent’s party.

Birth Defects Are Preventable by www.ncbi.nlm.nih.gov

About one in every 33 babies is born with a birth defect. Not all birth defects can be prevented. But a woman can take steps to increase her chance of having a baby with the best health possible. Birth Defects by CDC